Java Runtime Environment (JRE) 8.0 Update 241
NEWS!
Megaleechers is not working in full these days. We will update the site less frequently. 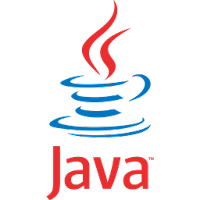 Java Runtime Environment (JRE) is a software package by Oracle that contains what is required to display and run applications and web content written in the Java programming language (play online games, chat with people, , and view images in 3D.). It includes a Java Virtual Machine implementation together with an implementation of the Java Class Library. Today almost every PC need it installed.


As one of the most popular application environments in the world, Java is used by companies in all major industries. Whether deployed on cell phones, embedded devices, game consoles, laptops, or in datacenters, Java offers the rich user interface, performance, versatility, portability, and security that today’s networked applications require.

Java is a programming language and computing platform first released by Sun Microsystems in 1995. There are lots of applications and websites that will not work unless you have Java installed, and more are created every day. Java is fast, secure, and reliable. From laptops to datacenters, game consoles to scientific supercomputers, cell phones to the Internet, Java is everywhere!

JVM (Java Virtual Machine) is the runtime environment/virtual machine for executing Java bytecode. For each execution of your program, the JDK and JRE come into use, and they go within the JVM to run the Java source code.

JRE (Java Runtime Environment) is a package that includes Java Virtual Machine, libraries, and all other components required in order to run a compiled Java program, although it doesn't allow you to build new Java programs. In addition, two key deployment technologies are part of the JRE: Java Plug-in, which enables applets to run in popular browsers; and Java Web Start, which deploys standalone applications over a network.

JDK (Java Development Kit) is a full-features SDK for Java, It has everything JRE contains plus functionalities necessary for developers (such as debugging tools) allows them to develop Java apps. SE (Standard Edition) is just the name of the edition that defines a set of capabilities and functionalities for the Development Kit (JDK), f.e you can find Java EE - Enterprise Edition, with more functionalities). To sum up, if you are a Java developer you should install JDK if you just want to run Java programs you should use only JRE.