Elmedia Player 7.4.1816 for Mac
NEWS!
Megaleechers is not working in full anymore. We will update the site less frequently. 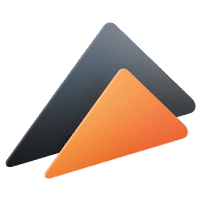 Elmedia Player is a powerful video player for Mac OS X that can play various audio and video formats - including FLV, SWF, WMV, AVI, MOV, MP4, MP3, DAT, FLAC, M4V, MPG, MKV and much more. No need for additional codecs, plugins – this app has everything you need for your files playback.

Elmedia Player has a smooth HD experience, thanks to its hardware accelerated decoding, which significantly unloads the processor and helps to avoid video slowdown or troubles with sound sync, etc.

Elmedia Player is also available as a PRO edition which gives more features:

Disclaimer: The direct download links we provided to you for Elmedia Player 7.4.1816 for Mac are from the official author's website, therefore we can't guarantee safety, availability or download speed. We try to find all download options for your software: online or full offline installer (mostly exe or msi, and on rare cases - iso, or torrent), or for the portable edition (mostly zip, or rar). Moreover, we don't and we won't provide any pirated/illegal versions or tools (such as crack, keygen, or patch). We recommend you to avoid it as these methods can harm your device. If you like the software, buy it to support the developers.