paint.NET 4.2.15
NEWS!
Megaleechers is not working in full anymore. We will update the site less frequently. 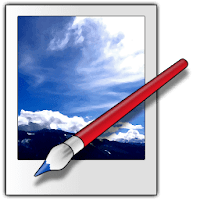 Paint.NET is free image and photo manipulation software for Windows, that supports layers, unlimited undo, special effects, and a wide variety of useful and powerful tools. Paint.NET was originally intended as a free replacement for the MS Paint software that is build-in Windows, but it has grown into powerful tool that compete with other similar tools such as Adobe Photoshop and GIMP.

It started development as an undergraduate college senior design project mentored by Microsoft, and is currently being maintained by some of the alumni that originally worked on it.
Paint.NET includes simple tools for drawing shapes, including an easy-to-use curve tool for drawing splines or Bezier curves. The Gradient tool, new for 3.0, has been cited as an innovative improvement over similar tools provided by other software. The facilities for creating and working with selections is powerful, yet still simple enough to be picked up quickly.

Other powerful tools include the Magic Wand for selecting regions of similar color, and the Clone Stamp for copying or erasing portions of an image. There is also a simple text editor, a tool for zooming, and a Recolor tool.

Furthermore, Many special effects are included for enhancing and perfecting your images. Everything from blurring, sharpening, red-eye removal, distortion, noise, and embossing are included. Also included is our unique 3D Rotate/Zoom effect that makes it very easy to add perspective and tilting.