PotPlayer 1.7.21523.0
NEWS!
Beside offering software updates news and downloads, Megaleechers will also help you to save money with software deals! 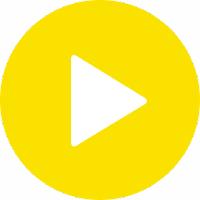 PotPlayer is a free advanced multimedia player for Windows, created by the same Korean author of The "KMPlayer", Kang Yong-Huee. Tis program is a modern player that supports almost every available video formats out there and contains built-in codecs, so there is no need to install codec packs manually. It has an extensive range of configurable options to choose from and lots of functionality.

Daum PotPlayer is a completely freeware app that contains no internal advertisements and various spyware. It's an alternative to other popular media players available for the Windows such as VLC media player, KMPlayer, SMPlayer and Media Player Classic.

Note: If you are facing problems playing certain media files such as AAC, AC3, TrueHD or DTS, you should download PotPlayer Codec Pack named "OpenCodec", for additional codecs.


Full changelog
Disclaimer: The direct download links we provided to you for this software are from the official author's website, therefore we can't guarantee safety, availability, or download speeds. We will look into all download options for your software: online installer, full offline installer (mostly exe or msi, and in rare cases - iso, or torrent), or portable edition (mostly zip, or rar). Moreover, we don't and we won't provide any pirated/illegal versions or tools. We recommend that you avoid using these methods as these methods can harm your device. If you like this software, buy it to support its developers.