SRWare Iron 88.0.4500.0
NEWS!
Megaleechers is not working in full anymore. We will update the site less frequently. 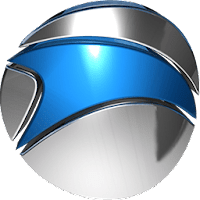 SRWare Iron is a free and open-source web browser by SRWare, based on the free Sourcecode "Chromium". It's an alternative to the Chrome browser - and offers the same features but without any problems at privacy and security. To eliminate usage tracking and other privacy compromising functionality, It disables some configurable features of Google Chrome.

Comparism of SRWare Iron and Google Chrome at privacy:

Suggest – Does not exist in Iron
Depending on the configuration, each time you put something in the address line,this information is sent to Google to provide suggestions.

Alternate Error Pages – Does not exist in Iron
Depending on the configuration, if you have typed a false address in the address bar, this is sent to Google and you get an error message from Google’s servers.

Error Reporting – Does not exist in Iron
Depending on the configuration, details about crashes or failures are sent Google’s servers.

RLZ-Tracking – Does not exist in Iron
This Chrome-function transmits information in encoded form to Google, for example, when and where Chrome has been downloaded.

Google Updater – Does not exist in Iron
Chrome installs a updater, which loads at every Windows in background.