UltraDefrag 8.0.1
NEWS!
Megaleechers is not working in full these days. We will update the site less frequently. 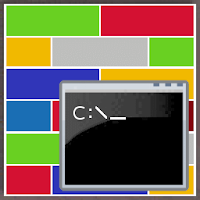 UltraDefrag is a fast, advanced and reliable open-source disk defragmentation utility for Windows, that rearranges files on your disk so the operating system, applications, and games perform much better. It can quickly boost the performance of your computer.

When files consist of many little fragments scattered around the disk the computer needs more mechanical work to read them. Because of that, the disk access becomes slower. UltraDefrag reduces the file fragmentation, thus it makes disk operations faster.

Also, the program can optimize a whole disk by placing small files close to each other, sorted by path (or other criteria). After the disk optimization less mechanical work is needed to read groups of small files. This reduces startup times of many applications including web and photo browsers.

UltraDefrag supports defragmentation of locked system files by running during the boot process. It can defragment both FAT and NTFS disks with just a couple of restrictions: It cannot defragment FAT directories and defragment master file tables (MFT). Also, it can defragment your disks automatically so you won't need to take care about that yourself.


Full ChangeLog
Disclaimer: The direct download links we provided to you for this software are from the official author's website, therefore we can't guarantee safety, availability, or download speeds. We will look into all download options for your software: online installer, full offline installer (mostly exe or msi, and in rare cases - iso, or torrent), or portable edition (mostly zip, or rar). Moreover, we don't and we won't provide any pirated/illegal versions or tools. We recommend that you avoid using these methods as these methods can harm your device. If you like this software, buy it to support its developers.