VLC media player 3.0.7.1
NEWS!
Megaleechers is not working in full anymore. We will update the site less frequently. 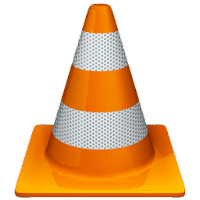 VLC media player (formerly VideoLAN Client) is a free and popular multimedia player that plays most multimedia files as well as DVDs, Audio CDs, VCDs, and various network streaming protocols. It also can be used as a server for unicast or multicast streams in IPv4 or IPv6 on a high-bandwidth network.

VLC is A simple player that can play most audio and video formats, including MPEG-1, MPEG-2, MPEG-4, DivX, MP3, and OGG, with no codec packs needed. Moreover, It's cross-platform app that available for desktop operating systems and mobile platforms including Windows 10 or earlier, Mac OS, Linux, Android and iOS.

Disclaimer: The direct download links we provided to you for VLC media player 3.0.7.1 are from the official author's website, therefore we can't guarantee safety, availability or download speed. We try to find all download options for your software: online or full offline installer (mostly exe or msi, and on rare cases - iso, or torrent), or for the portable edition (mostly zip, or rar). Moreover, we don't and we won't provide any pirated/illegal versions or tools. We recommend you to avoid it as these methods can harm your device. If you like the software, buy it to support the developers.