Bandicam 5.3.1.1880
NEWS!
Beside offering software updates news and downloads, Megaleechers will also help you to save money with software deals! 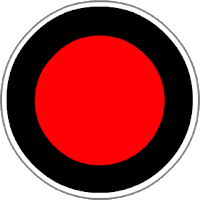 Bandicam is a lightweight screen recording tool for Windows, designed to capture your screen activity to a high-quality video file (AVI, MP4) or image file (BMP, PNG, JPG). It can record anything including your desktop, streaming video, game, or webcam screen without lagging.

You can easily record any of your favorite programs (such as iTunes, YouTube, PowerPoint, Skype) or capture a 2D/3D games (such as Battlefield, Call of Duty, Grand Theft Auto) that uses the DirectX/OpenGL/Vulkan graphic technologies with 4K UHD Video and capture up to 144 FPS Video.

Bandicam compresses the video while recording and uses much lower CPU/GPU/RAM usage, and it fully supports the hardware accelerated h.264 encoder of Nvidia NVENC/CUDA, Intel Quick Sync video and AMD APP which allow video to be recorded at high speed, with a high compression ratio and excellent quality closer to the original.