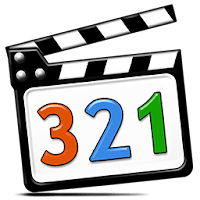 K-Lite Codec Pack is a popular and reliable collection of codecs that are required for encoding and decoding certain video and audio formats. Audio and video codecs are often released individually, requiring a user to download multiple different codecs depending on the formats they wish to watch or listen to.

By bundling the most popular and several less common codecs into one package (by codec experts), K-Lite creates a user-friendly way to get the necessary codecs needed for watching and listening to media. Due to the continually changing nature of digital media, with new formats emerging and old ones being modified, K-Lite Codec Pack is updated continuously.

There are four different editions available. The "Basic" edition is the smallest option in terms of required disk space but also has the fewest supported codecs. The Basic package supports the most popular video formats, such as AVI, MKV, MP3, MPEG, and several others, including DVD and decrypted Blu-ray. It also covers the most common audio formats, such as MP3, FLAC, OGG, AAC, and more.

In addition to the basic video and audio formats, there is also support for a range of useful features. These include subtitles, file association options, hardware acceleration, audio bit-streaming, broken codec detection, and others.

The Standard edition includes everything that is included in the Basic edition along with additional tools. Media Player Classic Home Cinema is included, which is a popular video player that is compatible with K-Lite Codec Pack. MadVR, an advanced video renderer, is also part of the Standard variant.

The Full edition, again, includes everything from the previous editions plus DC-Bass, for decoding certain rare audio formats, and GraphStudioNext. The latter is a tool for the creation and testing of DirectShow graphs.

Finally, the "Mega" edition, in addition to everything that is in the previous three editions, includes codecs that are used for editing and encoding, but not for playback. It also includes a selection of tools useful for video and audio editing, such as ffdshow, AC3Filter, and more.

As a general rule, the "Basic" package is sufficient for most of the more common codec needs. In contrast, the "Mega" package is typically only necessary for users who will be editing audio and video, or who work with rare file formats.

K-Lite CP supports both 32-bit and 64-bit codecs, and the user can customize the installation to only include specific features. One factor about this codec pack that makes appealing is that it does not include any unstable codecs.

ChangeLog: Basic / Standard / Full / Mega
Disclaimer: The direct download links we provided to you for this software are from the official author's website, therefore we can't guarantee safety, availability, or download speeds. We will look into all download options for your software: online installer, full offline installer (mostly exe or msi, and in rare cases - iso, or torrent), or portable edition (mostly zip, or rar). Moreover, we don't and we won't provide any pirated/illegal versions or tools. We recommend that you avoid using these methods as these methods can harm your device. If you like this software, buy it to support its developers.