Microsoft .NET Framework 4.8.4115.0
NEWS!
Beside offering software updates news and downloads, Megaleechers will also help you to save money with software deals! 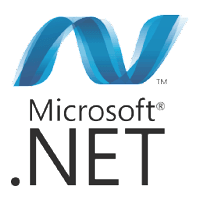 Microsoft .NET Framework is a comprehensive development platform for building all kinds of applications for Windows, Windows Phone, Windows Server, and Microsoft Azure. It consists of the common language runtime (CLR) and the .NET Framework class library, which includes a broad range of functionality and support for many industry standards.

The Microsoft Framework provides many services, including memory management, type and memory safety, security, networking, and application deployment. It provides easy-to-use data structures and APIs that abstract the lower-level Windows operating system. You can use a variety of programming languages with the .NET Framework, including C#, F#, and Visual Basic.

The .NET Framework is available in two editions: Runtime and Developer Pack. The Runtime edition includes all the essets that require to run existing apps built with .NET Framework. The developer pack also allows developers to build such apps.

Note: The offline package can be used in situations where the web installer cannot be used due to lack of internet connectivity. This package is larger than the web installer and does not include the language packs.