Diskeeper 19.0.1226.64
NEWS!
Megaleechers is not working in full anymore. We will update the site less frequently. 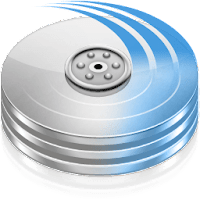 Diskeeper is a powerful defragmentation tool that improves PC performance, reduces PC crashing, decreases system boot-up times and speed up applications launch time. Windows system becoming progressively slower the longer it is used and burdened with more software and data, by using this defragmentation tool you can keep your PC running better than new.

With its unique patented engine, the program guarantees large, clean contiguous writes from Windows, so fragmentation is no longer an issue for HDDs or SSDs. This eliminates the “death by a thousand cuts” scenario of small, tiny writes that inflates I/Os per second, robs throughput, and shortens the lifespan of HDDs and SSDs alike.

Diskeeper 16 requires .NET 4. If .Net 4 is not installed on your system, It will attempt to download and install it for you. A reboot is required after installation.