LogMeIn Hamachi 2.2.0.633
NEWS!
Beside offering software updates news and downloads, Megaleechers will also help you to save money with software deals! 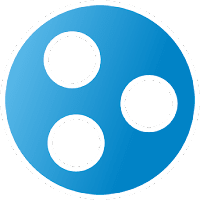 LogMeIn Hamachi is a hosted VPN (Virtual Private Network) service that establishes a secure LAN-like network, then allows direct connection to distributed teams, mobile users, business applications and even gamers. Hamachi is a virtual networking service that can be set up in minutes and enables secure remote access to your business network anywhere there is an Internet connection. Easily create, manage and maintain virtual private networks from anywhere.

Unlike traditional hardware and software based VPN systems, Hamachi is an on-demand virtual networking service that allows you to focus your time and energy on providing the remote connections your users and systems need, and not the technology or infrastructure you are using to support them. Printers, cameras, gaming consoles and other devices are easy manageable even when computers are not attended. Every resource on the network will be shared with the users, without the need to modify firewall settings or router configuration.

The program is free for if you have no more than five computers per network, to use more networks you should subscribe to paid plans. The paid version offers fast relays and is subject to an annual subscription fee. LogMeIn offers three subscription options (Standard and Premium subscriptions are purchased for and applied to individual networks):