LogMeIn Pro 4.1.14072
NEWS!
Beside offering software updates news and downloads, Megaleechers will also help you to save money with software deals! 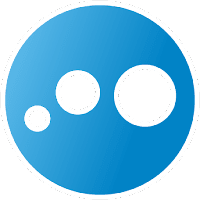 LogMeIn Pro is a reliable remote access utility for Windows and Mac OS X. It gives you a fast and easy connection to your computer desktop from a remote location - as if you were sitting in front of it. Moreover, It features great features like file transfer, file sharing, and remote printing and much more. LogMeIn Pro allows you to do all that by using your browser, desktop, and mobile devices.

LogMeIn's remote access and premium features are also available on iOS, Android and Windows devices. Simply download the 4 star LogMeIn app for free to connect your computers to your phone or tablet. With full access to your remote computers, you can use your PC/Mac applications from your iPad/iPhone wherever you go, even proprietary business applications.

LogMeIn Pro is available in subscription packages designed to meet your needs. Starting at $99/year, Pro offers a low cost alternative to other remote access products on the market.
Since January 2014 the LogMeIn Free is not longer available.