Waterfox 2020.05
NEWS!
Megaleechers is not working in full anymore. We will update the site less frequently. 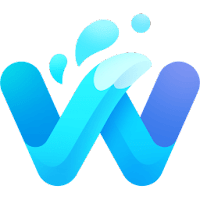 Waterfox is an open-source, high-performance Firefox-based browser for Windows, Mac OS X and Linux, that is designed specifically for 64-bit systems and for privacy and user choice in mind. Waterfox browser offers many optimizations compared to the original Firefox source code and puts a focus on the performance and speed. It contains modifications designed to take advantage of the 64-bit system architecture and provide speed improvements over Mozilla's flagship browser.

Waterfox was the first community Firefox built to release a 64-Bit version of Firefox 4 when it first came out. It was also one of the first widely distributed 64-Bit browsers on the web and quickly gained a loyal following. It was started back in March 2011 by Alex Kontos, a 16 year old student. Today, it has over 6,000,000 downloads spanning 180 countries.

Alex Kontos created the browser to focus on giving users choice while also helping make the world a better place. It's partnered with Ecosia, a search engine that plants trees with its generated revenues (Ecosia is the default search engine of the browser). Moreover, there is no plugin whitelist, you can run whichever extensions you like and absolutely no data or telemetry is sent back to Mozilla or the Waterfox project.

Disclaimer: The direct download links we provided to you for Waterfox 2020.05 are from the official author's website, therefore we can't guarantee safety, availability or download speed. We try to find all download options for your software: online, full offline installer (mostly exe or msi, and in rare cases - iso, or torrent), or portable edition (mostly zip, or rar). Moreover, we don't and we won't provide any pirated/illegal versions or tools. We recommend that you avoid it as these methods can harm your device. If you like the software, buy it to support the developers.