WinSCP 5.19.4.11829
NEWS!
Beside offering software updates news and downloads, Megaleechers will also help you to save money with software deals! 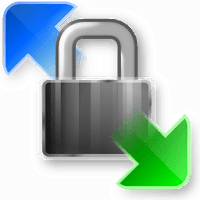 WinSCP (Windows Secure Copy) is an award-winning, open source SFTP client, FTP client, WebDAV client and SCP client for Windows. Its main function is file transfer between a local and a remote computer. Beyond this, WinSCP offers scripting and basic file manager and file synchronization functionality. For secure transfers, it uses Secure Shell (SSH) and supports the SCP protocol in addition to SFTP.

WinSCP can act as a remote editor. When the user clicks on a (text) file in the remote file manager, it transfers the file to the local machine and opens it in the integrated editor, where Windows users can feel very much at home. Alternatively, the user may choose local editors based on file extensions. Whenever the document is saved, the remote version is updated automatically


Changelog
Disclaimer: The direct download links we provided to you for this software are from the official author's website, therefore we can't guarantee safety, availability, or download speeds. We will look into all download options for your software: online installer, full offline installer (mostly exe or msi, and in rare cases - iso, or torrent), or portable edition (mostly zip, or rar). Moreover, we don't and we won't provide any pirated/illegal versions or tools. We recommend that you avoid using these methods as these methods can harm your device. If you like this software, buy it to support its developers.