Microsoft Office for Mac 15.36.0 (17070200)
NEWS!
Megaleechers is not working in full anymore. We will update the site less frequently. 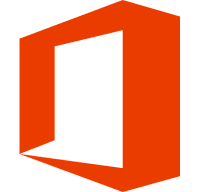 Microsoft Office for Mac provide the best of both worlds for Mac users - the familiar Office experience paired with the best of Mac. It's features a full Retina display support, making your Office documents look sharper and more vibrant.

Microsoft Office for Mac is cloud-connected, so you can quickly get to the documents you’ve recently used on other devices and pick up where you left off. With built-in document sharing tools, it easy to invite teammates to work on a document together. When sharing documents, you won’t have to worry about losing content or formatting, as Office for Mac offers unparalleled compatibility with Office on PCs, tablets, phones and online.

Microsoft Office for Mac is packed with reliable apps you know and trust:

Disclaimer: The direct download links we provided to you for Microsoft Office for Mac 15.36.0 (17070200) are from the official author's website, therefore we can't guarantee safety, availability or download speed. We try to find all download options for your software: online, full offline installer (mostly exe or msi, and in rare cases - iso, or torrent), or portable edition (mostly zip, or rar). Moreover, we don't and we won't provide any pirated/illegal versions or tools. We recommend that you avoid it as these methods can harm your device. If you like the software, buy it to support the developers.