Sony VEGAS Pro 17.0.284
NEWS!
Megaleechers is not working in full anymore. We will update the site less frequently. 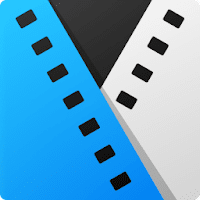 VEGAS Pro is a professional software suite for non-linear editing (NLE) by Magix Software GmbH (Sony), that combines real-time SD, HD, 2K and 4K video editing with unrivaled audio tools to provide you the ultimate all-in-one environment whether you're a digital native, professional film producer or successful independent artist. Video/Audio production and DVD/Blu-ray disc authoring all in one powerful package.

The program by Sony is packed with the latest video and audio editing technologies, putting professional standards within easy reach. It features intelligent workflows and industry-leading editing tools such as workflow-optimized plug-ins for image stabilization, design dynamic titles and create custom DVDs and Blu-ray Discs.

VEGAS products are the first choice when it comes to efficient video and audio editing. Sony VEGAS versions are suitable for both amateur and experienced film makers and any user can benefit from the innovative tools and efficient workflows in the software.

Disclaimer: The direct download links we provided to you for Sony VEGAS Pro 17.0.284 are from the official author's website, therefore we can't guarantee safety, availability or download speed. We try to find all download options for your software: online, full offline installer (mostly exe or msi, and in rare cases - iso, or torrent), or portable edition (mostly zip, or rar). Moreover, we don't and we won't provide any pirated/illegal versions or tools (such as crack, keygen, or patch). We recommend that you avoid it as these methods can harm your device. If you like the software, buy it to support the developers.