Fedora 30
NEWS!
Megaleechers is not working in full anymore. We will update the site less frequently. 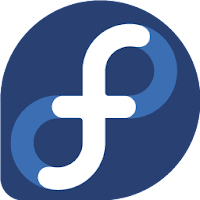 Fedora (formerly Fedora Core) is an open source Linux distribution initially released on 2003. It's a fast, stable, and flexible operating system developed and supported by the Fedora Project, an open source community formed as a partnership between Red Hat (trusted provider of open source technology) and volunteer contributors.

Fedora is based on RPM (Redhat Package Manager) Linux having two types (Deb/Rpm). The operating system is integrated with a wide range of packaged software and applications such as Firefox, LibreOffice and many other - to provide enhanced abilities and functions.

Fedora is available in three editions:

Release Notes
Disclaimer: The direct download links we provided to you for Fedora 30 are from the official author's website, therefore we can't guarantee safety, availability or download speed. We try to find all download options for your software: online, full offline installer (mostly exe or msi, and in rare cases - iso, or torrent), or portable edition (mostly zip, or rar). Moreover, we don't and we won't provide any pirated/illegal versions or tools. We recommend that you avoid it as these methods can harm your device. If you like the software, buy it to support the developers.