Microsoft Visual Studio 2015 14.0.25431.01 Update 3
NEWS!
Megaleechers is not working in full these days. We will update the site less frequently. 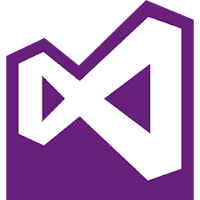 Microsoft Visual Studio 2015 is a suite of tools for creating software, from the planning phase through UI design, coding, testing, debugging, analyzing code quality and performance, deploying to customers, and gathering telemetry on usage.

It let you take full advantage of Windows with XAML designers, a productive IDE, and a variety of programming languages including C#, C and C++, JavaScript, F#, and Visual Basic. Choose between Windows Presentation Foundation (WPF), Windows Forms, and Win32, to target the Windows desktop with the right technology for your application and your skills.

You can use VS 2015 to create many kinds of applications, from simple store apps and games for mobile clients, to large, complex systems that power enterprises and data centers. You can create:
Microsoft Visual Studio 2015 is available in three editions: Community (Replaced Express), Professional and Enterprise. Compare VS editions.