Paragon NTFS for Mac 15.0.828
NEWS!
Beside offering software updates news and downloads, Megaleechers will also help you to save money with software deals! 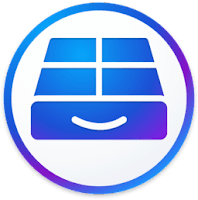 Paragon NTFS for Mac is a reliable low-level file system driver to bridge incompatibility of Windows and Mac OS. It's an effective NTFS solution suitable for end users, SOHO and the Enterprise that solves the communication problems between the Mac system and NTFS, allowing you to easily write, edit, copy, move, delete files on NTFS volumes from your Mac.

Paragon NTFS for Mac driver is based on unique Paragon Technology - Universal File System Driver (UFSD) which was specially developed to provide full access (read/write, format, etc.) to volumes of the most popular file systems (NTFS, FAT, Ext2/3FS etc.) under various platforms (DOS, Android, Windows, Linux and Mac) when these file systems are not supported.

The program is fully compatible with Apple’s new security policy, ensuring fast, hassle-free, and safe access to NTFS Windows partitions on Mac systems. Once It's installed, users can get started immediately by navigating volumes and reading, editing, copying, or creating files and folders.

Buy Paragon NTFS for Mac at 20% OFF
Grab Discount