Readiris 17.0.2.19004
NEWS!
Megaleechers is not working in full anymore. We will update the site less frequently. 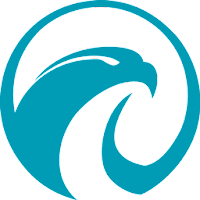 Readiris is a professional optical character recognition (OCR) software package for Windows and Mac OS X that allows you to scan paper documents, open Microsoft Office documents, image files, and digital camera images and convert them into fully editable text documents and text-searchable PDF documents you can save, share and send to the Cloud. Readiris is using an advanced recognition engine that allows very accurate document recognition whilst preserving the original page layout.

Using this OCR software you can save valuable time that you would lose by retyping information from documents. It features a large set of PDF editing tools to help you accomplish everyday tasks. Within PDF files, it allows you to create, add, merge, delete, edit, rotate, compress, sign or straighten pages. It will also let you convert PDF files to editable Word, Excel or even searchable PDF documents in order to help you edit and manage information.

Readiris supports a wide range of output formats: PDF, DOCX, XLSX, ODT, ePub, Audio, RTF, HTML, TXT, TIFF, JPEG, PNG. The documents which the program generates can either be saved on your computer, directly sent via e-mail or exported to Cloud applications such as Evernote, Dropbox, Google Drive, Box, and OneDrive.

Moreover, Readiris recognizes documents in 137 languages. All American and European languages, including the Central-European, Baltic, and Cyrillic languages as well as Greek and Turkish are supported. It is also recognizes Arabic, Farsi, and Hebrew, as well as four Asian languages: Japanese, Simplified and Traditional Chinese and Korean.