NVIDIA GeForce Experience 3.23.0.74
NEWS!
Beside offering software updates news and downloads, Megaleechers will also help you to save money with software deals! 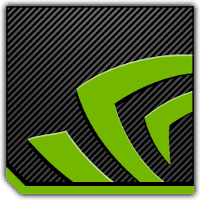 GeForce Experience is a feature-rich application designed to unleash the power of NVIDIA GeForce graphics cards. The software checks for the latest GeForce drivers and suggests installing them right away. Along with this, GeForce Experience provides a set of tools to optimize gameplay, pick optimal graphics settings, and record gaming sessions. GeForce Experience uses NVIDIA cloud data center to obtain the optimal gaming settings for your PC and apply them automatically. Users require just one mouse click to make use of this functionality.

NVIDIA GeForce Experience scans a device for installed games and displays the current settings alongside the recommended ones. It provides you with a possibility to adjust effects, environment, screen resolution, shadows, texture filtering, full-screen mode, PhysX, and more. Besides that, you can view the optimal settings related to screenshot capturing as well as launch some games directly from the NVIDIA GeForce Experience interface. The range of available features depends on a video card installed on a user's computer.

NVIDIA GeForce Experience is a handy tool for gamers who utilize NVIDIA GPUs. The app lends itself well to live PC game streaming over the Internet and video recording. The software supports an array of popular video services and allows using them without affecting a computer's performance.

The app has a simple and intuitive interface. The main panel is divided into three parts related to drivers, games, and preferences. The Drivers tab displays information about the current driver version, checks for updates, and if available, downloads them to your PC.

A set of features for game optimization automatically adjusts graphics settings in video games. The graphics settings are applied upon analyzing the PC configuration. If your computer is not very powerful, the optimizer will set parameters to help you avoid lags whereas if you have a gaming computer, automatically applied settings will let you enjoy gameplay to the fullest.

One of the most useful components of GeForce Experience is Shadow Play. It lets users record and stream games they play. Unlike many other popular video recording tools, Shadow Play doesn’t slow down your Windows PC. Shadow Play is also capable of broadcasting video game sessions on Twitch, YouTube, Facebook, as well as NVIDIA Shield console.

To top that off, NVIDIA GeForce Experience supplies the Led Visualizer tool that controls the LED lighting on the graphics card. If you are an owner of a top-tier NVIDIA video card with LED backlighting, you may pick one of its operation styles (for example, breathing, flashing, etc.) and adjust brightness.