UltraISO Premium Edition 9.7.5.3716
NEWS!
Megaleechers is not working in full these days. We will update the site less frequently. 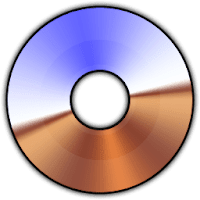 UltraISO is an ISO image file creating/editing/converting tool and a bootable CD/DVD maker. It can directly edit an ISO file, make ISO images from CD/DVD-ROMs, and create a new ISO from files and folders on your computer.

UltraISO is in sole possession of the intellectualized ISO document format analyzer, it can process at the present time almost all types of image files, including ISO and BIN, it may even support new image files which are yet to be created. EZB Systems's ISO tool can open these image files, directly extract files and folders, edit it and convert other image files to the standard ISO format.

Because the ISO file retained complete data information of the compact disc (including compact disc boot information), you were allowed the convenience to use commonly used CD/DVD burning software (for example Nero Burning ROM) to record the disc with your CD-R/RW or DVD-R/RW over and over forever, it can also be used directly through Virtual CD/DVD-ROM drive software (for example Daemon Tools).


Revision History
Disclaimer: The direct download links we provided to you for this software are from the official author's website, therefore we can't guarantee safety, availability, or download speeds. We will look into all download options for your software: online installer, full offline installer (mostly exe or msi, and in rare cases - iso, or torrent), or portable edition (mostly zip, or rar). Moreover, we don't and we won't provide any pirated/illegal versions or tools. We recommend that you avoid using these methods as these methods can harm your device. If you like this software, buy it to support its developers.