Windows Firewall Control 6.0.2.0
NEWS!
Megaleechers is not working in full anymore. We will update the site less frequently. 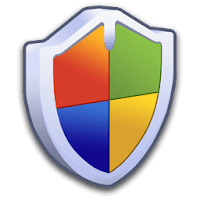 Windows Firewall Control is a powerful and lightweight front-end to the built-in Windows Firewall, which extends his functionality to make it even better. It runs in the system tray and allows you to control the native firewall easily without having to waste time by navigating to the specific part of the firewall.

Windows Firewall Control offers four filtering modes which can be switched with just a mouse click (WFC doesn't do any packet filtering and does not block or allow any connection. This is done by Windows Firewall itself based on the existing firewall rules):

Changelog
Disclaimer: The direct download links we provided to you for Windows Firewall Control 6.0.2.0 are from the official author's website, therefore we can't guarantee safety, availability or download speed. We try to find all download options for your software: online or full offline installer (mostly exe or msi, and on rare cases - iso, or torrent), or for the portable edition (mostly zip, or rar). Moreover, we don't and we won't provide any pirated/illegal versions or tools. We recommend you to avoid it as these methods can harm your device. If you like the software, buy it to support the developers.