Duplicati 1.3.4
NEWS!
Megaleechers is not working in full anymore. We will update the site less frequently. 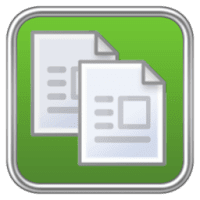 Duplicati has built-in AES-256 encryption and backups can be signed using GNU Privacy Guard. A built-in scheduler makes sure that backups are always up-to-date. Last but not least, Duplicati provides various options and tweaks like filters, deletion rules, transfer and bandwidth options to run backups for specific purposes.

Changelog
Disclaimer: The direct download links we provided to you for Duplicati 1.3.4 are from the official author's website, therefore we can't guarantee safety, availability or download speed. We try to find all download options for your software: online or full offline installer (mostly exe or msi, and on rare cases - iso, or torrent), or for the portable edition (mostly zip, or rar). Moreover, we don't and we won't provide any pirated/illegal versions or tools. We recommend you to avoid it as these methods can harm your device. If you like the software, buy it to support the developers.