KeePass 1.38 (Classic) / 2.48.1 (Professional)
NEWS!
Beside offering software updates news and downloads, Megaleechers will also help you to save money with software deals! 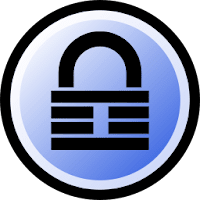 KeePass is a free, lightweight, and easy-to-use password manager for Windows, Linux, and Mac OS X (with ports for Android, iPhone/iPad, and other mobile devices), that will help you to manage your passwords in a secure way. This auto tool that will save you the hassle of remembering all your passwords (E-mail account, Windows network logon, your website's FTP password, online passwords), and also make them randomly (using one password for all sites is risky).

KeePass stores usernames, passwords, and other fields, including free-form notes and file attachments, in an encrypted file/database, using very secure encryption algorithms ("AES" - Advanced Encryption Standard, Twofish, Rijndael, AES e.g. became effective as a U.S. Federal government standard and is approved by the National Security Agency for top secret information). The complete database is encrypted, not only the password fields. These files can be protected by a master password, key file, and/or the current Windows account details. By default, the KeePass database is stored on the local file system (as opposed to cloud storage).

KeePass free and you have full access to its source code! You can have a look at its full source and check whether the encryption algorithms are implemented correctly. KeePass is available in two different editions: 1.x and 2.x. They are fundamentally different (2.x is not based on 1.x) means KeePass 1.x will not support all the features of 2.x (Compare KeePass editions) 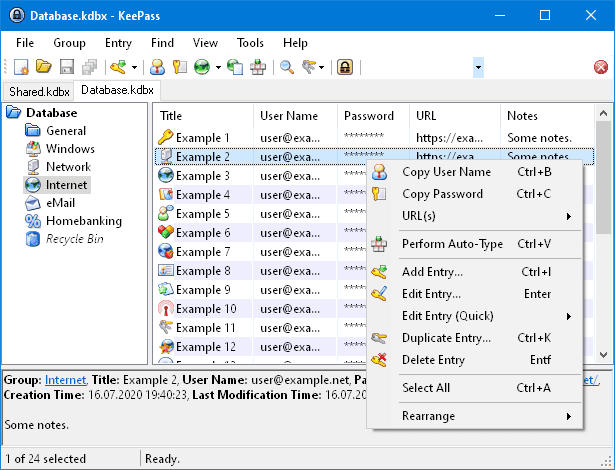 A 2017 Consumer Reports article described KeePass as one of the four most widely used password managers (alongside 1Password, Dashlane, and LastPass), being "popular among tech enthusiasts" and offering the same level of security as non-free competitors but being more difficult to install.

A 2019 Independent Security Evaluators study described KeePass as well as other widely used password managers as being unable to control Windows 10's tendency to leave passwords in cleartext in RAM after they are displayed using Windows controlled GUI. In addition, several GitHub projects (KeeFarce, KeeThief, Lazanga) specifically attack a running KeePass to steal all data; when the host is compromised, KeePass cannot prevent password theft. Note that "neither KeePass nor any other password manager can magically run securely in a spyware-infected, insecure environment." (Source: Keepass on WikiPedia)