Syncovery 7.88
NEWS!
Megaleechers is not working in full anymore. We will update the site less frequently. 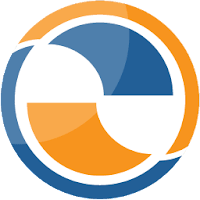 Syncovery (formerly Super Flexible File Synchronizer) is a versatile file synchronization and backup software used to backup your data and synchronize PCs, Macs, servers, notebooks, and online storage space. You can set up as many different jobs as you need and run them manually or use the scheduler feature that can run as a service - without users having to log on.

Note: the program is also available in German and French, go to "Other Languages" section on this page https://www.syncovery.com/download/windows/.

Version History
Disclaimer: The direct download links we provided to you for Syncovery 7.88 are from the official author's website, therefore we can't guarantee safety, availability or download speed. We try to find all download options for your software: online, full offline installer (mostly exe or msi, and in rare cases - iso, or torrent), or portable edition (mostly zip, or rar). Moreover, we don't and we won't provide any pirated/illegal versions or tools. We recommend that you avoid it as these methods can harm your device. If you like the software, buy it to support the developers.