KMPlayer 4.2.2.46 / 2020.06.09.40
NEWS!
Beside offering software updates news and downloads, Megaleechers will also help you to save money with software deals! 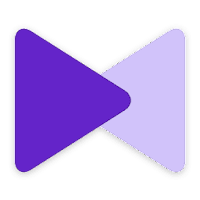 KMPlayer (commonly known as The KMPlayer, or KMP) is a versatile, all in one media player for Windows and Mac OS X, covering a various multimedia formats such as VCD, DVD, AVI, MKV, Ogg Theora, OGM, 3GP, MPEG-1/2/4, WMV, RealMedia, QuickTime.

Without any separate Codec, it allows you to play any media files because KMP has its own internal Codec. Supported Codecs are separated by internal & external. For the sound Codec, KMPlayer supports MPEG1, 2, AAC, WMA 7, 8, OGG & etc. and it additionally supports matrix function/normalizer function when internal sound Codec is being used. Internal Codec gets processed inside of KMPlayer so it’s faster & safer.

Also KMPlayer supports all the Codec from ffdshow and it additionally supports MPEG1/2. If you’re a user who finds it inconvenient to install Codec, who has a low CPU computer and/or a user who strives for an excellent multi-media playback player, you’ll be able to modify your environment to a convenient multi-media format by using KMP.

KMPlayer was originally developed by Kang Young-Huee and was first released on 1 October 2002. In August 2007, KMPlayer was acquired by Pandora.tv, a Korean streaming video company. Today, KMPlayer is one of the world's most popular media players and is used by 300 million people from all around the world.