NEWS!
Megaleechers is not working in full anymore. We will update the site less frequently. 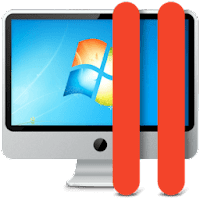 Parallels Desktop for Mac is a hardware emulation virtualization software for Macintosh computers, trusted by over 7 million users worldwide. It's a fast, easy, and powerful way to run Windows, Linux and other popular operating systems applications on your Mac - without rebooting and slowing down your Mac. Whether you're a home user, a business professional, a student, or a passionate gamer, the Parallels's software enables one Mac to handle all of your computing needs.

The program gives Apple users the ability to run Windows, Linux or any other operating system and their critical applications at the same time as Mac OS X on any Intel-powered iMac, Mac Mini, MacBook or MacBook Pro. As for the latest version is offers: Support for DirectX 11, new virtualized hardware, macOS Catalina (10.15) Support and more.

Parallels Desktop 15 for Mac is optimized for Windows 10 and macOS Sierra, it is Ready for macOS High Sierra and Windows 10 Fall Creators Update. Moreover, It includes Parallels Toolbox, a full suite of 30+ one-touch tools that simplify everyday tasks — featuring Clean Drive, Video Downloader, Hide Desktop and more - all with the touch of a button.

Additionally, when you are using the Windows Start Menu or Desktop, Parallels Desktop features Taskbar pinned elements, along with Cortana, Task View and settings in the Touch Bar. Thousands of other Windows applications that run in Parallels Desktop can quickly be customized with popular Touch Bar actions, if the default set of functional keys is not enough.

Furthermore, Parallels Desktop 15 innovations include Picture-in-Picture (PiP) View, a feature which creates windows of other active VMs, which are always visible on top, even when a Mac app is in Full Screen mode. Now, it is easy to monitor and work in multiple operating systems (OS) and their applications simultaneously on one screen, or watch a video while switching between macOS Spaces and applications.

PiP View joins popular Parallels Desktop customization settings such as Coherence (Windows is invisible while using Windows apps on a Mac), Full Screen mode, and Window mode (Windows in a window in macOS).

Buy Parallels Desktop for Mac at 15% Off
Get Discount
Key Features:

Parallels Desktop 13 makes it simple for MacBook Pro users to add Windows applications to the Touch Bar, and use Touch Bar within Windows applications. It is also the first solution to bring the upcoming Windows 10 People Bar feature to the Mac – including integration with the Mac Dock and Spotlight. The new version also features up-to 100 percent performance improvements for completing certain tasks.
The latest version of Parallel Desktop provides a number of visual and display improvements for improved transitions and better scaling resolution. Owners of hi-res Retina displays will enjoy greatly improved sharpness of text and graphics in scaled mode.

Disclaimer: The direct download links we provided to you for Parallels Desktop 15.0.0.46967 for Mac are from the official author's website, therefore we can't guarantee safety, availability or download speed. We try to find all download options for your software: online or full offline installer (mostly exe or msi, and on rare cases - iso, or torrent), or for the portable edition (mostly zip, or rar). Moreover, we don't and we won't provide any pirated/illegal versions or tools (such as crack, keygen, or patch). We recommend you to avoid it as these methods can harm your device. If you like the software, buy it to support the developers.