Malwarebytes for Mac 4.5.14.3726
NEWS!
Megaleechers is not working in full these days. We will update the site less frequently. 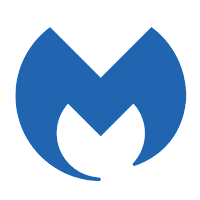 Malwarebytes for Mac (formerly Malwarebytes Anti-Malware for Mac) is an easy to use security tool that quickly scans and remove cyber threats, including malware, adware, and potentially unwanted programs from your Mac. It features ultra-fast real-time protection to automatically block and remove these threats and innovative and fast detection engine that has minimal impact on device operations to ensure Mac computers run as they should.

Malwarebytes for Mac removes code that degrades performance or attacks your system using a custom-built technology that is able to detect threats that even well-known anti-virus fails to detect. Additionally, the app offers a wealth of information about how to proceed if you continue to have issues after removing malware and adware.

Furthermore, Malwarebytes has been recognized for its aggressive stance against adware and PUPs, many of which are not detected by other antivirus programs. It has been widely recommended in the Mac community due to its effectiveness at removing such threats.

Malwarebytes is a well known and trusted cybersecurity company, founded in 2008, that specializes in protecting home computers, smartphones, and companies. Malwarebytes software is recommended over traditional antivirus programs by many professionals and is trusted by millions worldwide and more than 10,000 businesses.

Malwarebytes for Mac completely replaces existing antivirus solutions and should work alongside most other security software.


Download Malwarebytes for Mac v4 for MacOS 10.11 or later

Download Malwarebytes for Mac v3 for MacOS 10.10 or later

Other Software Apps from Malwarebytes