Visual Studio Code 1.61.2
NEWS!
Beside offering software updates news and downloads, Megaleechers will also help you to save money with software deals! 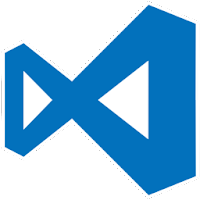 Microsoft's Visual Studio Code is a lightweight but powerful source code editor, available for Windows Mac and Linux OS. It's a development environment for viewing, editing, building and debugging modern web and cloud applications. It's an alternative and competitor to Atom, and Sublime Text text editors.

Like many other code editors, VS Code adopts a common user interface and layout of an explorer on the left, showing all of the files and folders you have access to, and an editor on the right, showing the content of the files you have opened.

Visual Studio Code edition comes with built-in support for hundreds of programming languages: JavaScript, TypeScript and Node.js and has a rich ecosystem of extensions for other languages (such as C++, C#, Python, PHP, Go) and runtimes (such as .NET and Unity). It also includes great tooling for web technologies such as JSX/React, HTML, CSS, Less, Sass, and JSON.

Visual Studio Code is based on Electron, a framework which is used to deploy Node.js applications for the desktop running on the Blink layout engine. Although it uses the Electron framework, the software does not use Atom and instead employs the same editor component (codenamed "Monaco") used in Visual Studio Team Services (formerly called Visual Studio Online).

Help for Beginners: Begin your journey with VS Code with these introductory videos. The videos are designed to give you a quick overview of the various features of VS Code.

VS Code is free for private or commercial use. It's required .Net Framework 4.5.2 or above to function properly.

Welcome to the July 2017 release of Visual Studio Code. There are a number of significant updates in this version that we hope you will like, some of the key highlights include:

VS Relaese Notes
Disclaimer: The direct download links we provided to you for this software are from the official author's website, therefore we can't guarantee safety, availability, or download speeds. We will look into all download options for your software: online installer, full offline installer (mostly exe or msi, and in rare cases - iso, or torrent), or portable edition (mostly zip, or rar). Moreover, we don't and we won't provide any pirated/illegal versions or tools. We recommend that you avoid using these methods as these methods can harm your device. If you like this software, buy it to support its developers.