Google Backup and Sync 3.54.3529.0458
NEWS!
Megaleechers is not working in full these days. We will update the site less frequently. 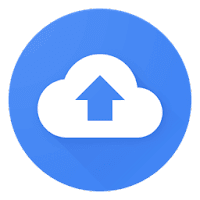 Google Backup and Sync is the new backup and synchronization desktop app from Google for Windows and Mac platforms. It allows you to easily backup and organize all your important files and photos from you desktop to the cloud (in Google Photos and Google Drive services). It's a simpler, speedier and more reliable way to keep your most valuable files and photos safe. Just choose the folders you want to back up, and Google Backup and Sync will take care of the rest.

What is Google Drive?

With Google Drive, You can upload and access all of your files, including videos, photos, PDFs and beyond. Drive can recognize objects in your images and text in scanned documents. So you can search a word like "Eiffel Tower" and get text documents with that word, as well as images of the actual Eiffel Tower.

Your files in Drive can be reached from any smartphone, tablet, or computer. So wherever you go, your files follow. You can quickly invite others to view, download, and collaborate on all the files you want–no email attachment needed.

Google Drive is offering 15GB free online storage for all users If you wish to have a bigger cloud storage space you should subscribe to google drive which offer from 100GB to 30TB of storage with various paid plans. Files uploaded can be up to 5 terabytes in size.

As of March 2017, Google Drive has 800 million active users, and as of September 2015, it has over one million organizational paying users. As of May 2017, there are over two trillion files stored on the service.

What is Google Photos?

Google Photos is a photo sharing and storage service developed by Google. It was announced in May 2015 and spun out from Google+, the company's social network. Google Photos gives users free, unlimited storage for photos up to 16 megapixels and videos up to 1080p resolution. The service automatically analyzes photos, identifying various visual features and subjects.

What's the difference between Google Backup and Sync and Google Drive?


Google Backup and Sync is mainly designed to use with your personal Google Account (for individuals), while Google Drive also include features that can be useful for teams, work or school accounts. Google Backup and Sync syncs and stores Drive content offline on your computer, while Google Drive streams all files and folders from the cloud. For the full difference info go here.

Other Software Apps from Google