Microsoft Word 2016 16.0.6741.2048
NEWS!
Beside offering software updates news and downloads, Megaleechers will also help you to save money with software deals! 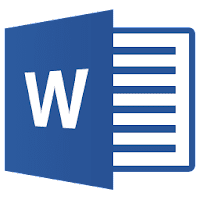 Microsoft Word is a word processor developed by Microsoft, which was first released on October 25, 1983. Microsoft Word allows you to create professional-looking, beautiful and engaging documents with state-of-the-art-editing, reviewing, and sharing tools. It is designed to give you the finest document-formatting tools and to help you organize and write your documents more efficiently.

Microsoft Word's native file formats are denoted either by a .doc or .docx filename extension. The newer .docx extension signifies the Office Open XML international standard for Office documents and is used by Word 2007 and later for Windows. Word can import and display images in common bitmap formats such as JPG and GIF. It can also be used to create and display simple line-art.

Word for Windows is available stand-alone or as part of the Microsoft Office suite. Word contains rudimentary desktop publishing capabilities and is the most widely used word processing program on the market. Word files are commonly used as the format for sending text documents via e-mail because almost every user with a computer can read a Word document by using the Word application, a Word viewer or a word processor that imports the Word format (see Microsoft Word Viewer).