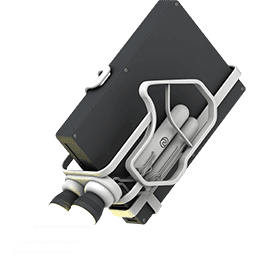 O&O Defrag Professional is a powerful and effective defrag utility, that can optimize the partitions of your hard disk by reconstructing scattered file fragments, which result in improvement of your overall computer’s performance (speed increases of up to 100%).

When you defragment, the files that Windows splits up when saving documents across the hard disk are logically put back together again so that files can be quickly recognized and found by the read and write heads inside your hardware. Speed increases of up to 100% are not uncommon, and your hardware suffers much less wear and tear!

O&O defragmentation tool includes a clever scheduling function, which allows you to schedule regular automated defragmentations if you wish. In addition, permanent and automatic optimization in the background is key to prevent a loss in performance of your computer as well as a renewed fragmentation. This will allow you to save time compared to running a manual defragmentation.

O&O Defrag also features a built-in O&O DiskStat that offers a quick overview of how the hard drive is used. Users can easily search for files or folders that are taking up valuable disk space on the hard drive and slowing down your system. This versatile tool offers a Windows – Explorer type intuitive interface and a variety of options to hunt for space wasters.

The program uses 100% Microsoft Windows API’s to move and rearrange data and files. Thus performing defragmentation processes with the software is as safe as running the Windows system itself and for example moving a file with the Windows explorer. O&O Software has analyzed the storage behavior of SSDs. The problem: SSDs store file fragments spread across up to ten memory cells or more, even if many fewer would suffice. This memory behavior has an immediate effect on the performance and lifespan of an SSD.

As a result, the SSD is faster as the number of read and write accesses is reduced by the defragmentation. In addition, the premature wear of the SSD (and of course the conventional hard drive) is prevented because fewer blocks need to be erased and rewritten than before the defragmentation with SOLID.

O&O Defrag is fully integrated with O&O DiskStat 3! O&O DiskStat analyses how your hard disks are being used. It lets you track down those files and folders that are taking up too much space on your hard disk, and causing your computer to slow down. You can sort by category, file type, view them in Explorer and export them as a table and then target those files you want to defragment. Interactive diagrams and top lists round off the features.

NEW: SOLID/Complete: A deep and comprehensive run with TRIM for a thorough SSD optimization.NEW: SOLID/Quick carries out a quick run with TRIM for time and resource-saving optimization. NEW: Block view showing the live optimization of your SSDs!
Disclaimer: The direct download links we provided to you for this software are from the official author's website, therefore we can't guarantee safety, availability, or download speeds. We will look into all download options for your software: online installer, full offline installer (mostly exe or msi, and in rare cases - iso, or torrent), or portable edition (mostly zip, or rar). Moreover, we don't and we won't provide any pirated/illegal versions or tools. We recommend that you avoid using these methods as these methods can harm your device. If you like this software, buy it to support its developers. 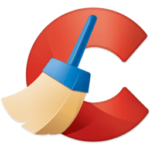 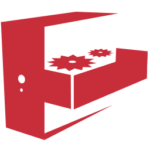