EaseUS Partition Master 14.5
NEWS!
Megaleechers is not working in full anymore. We will update the site less frequently. 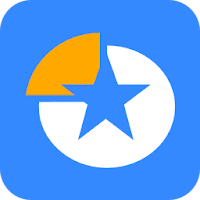 EaseUS Partition Master is a powerful disk management solution built exclusively for computer-savvy users or IT admins (but also suitable for home users). While Windows comes with its disk management tool, but not only it is preliminary at its best, it's also not very easy to use, this where this tool comes into and helps you to manage your storage devices safe and easy. The software is trusted by 60 million loyal customers all over the world and big companies such as Microsoft, Sony, IBM.

EaseUS Partition Master has a slick user interface. It has been made such that any Windows user will find it easy to use. Install and launch the software, and it will list down all the disks and its partition. You can also view the occupied storage space, primary, and logical extensions. Right-click on any of the separation or the drive, and you have all the options in the context menu.

Another feature is the option to migrate the OS. If you are upgrading to a bigger and better hard drive, you can use it to migrate the existing OS to a new partition. It will save a lot of time, which one would spend installing the OS and the apps.

The third productive feature of the software is that you can convert a disk from MBR to GPT without the loss of any data. You may have a hard drive that has storage over 2TB, but you never were able to use more than that, then it is because MBR doesn’t support more than that. You can use the conversion option in the software to convert into GPT and unlock more storage space.

The last feature which should be highlighted is Merge Partition. A lot of uses like to do that to increase the space, especially in the primary partition. While it may take a longer time, but it saves a lot of time when it comes to expanding the primary drive. The only condition is that both the partition should be next to each other.

EaseUS Partition Master supported many storage devices and allows you to convert between them when needed. It includes FAT (FAT12/FAT16/FA532), NTFS, ReFS and EXT (EXT2/EXT3) types of partition.